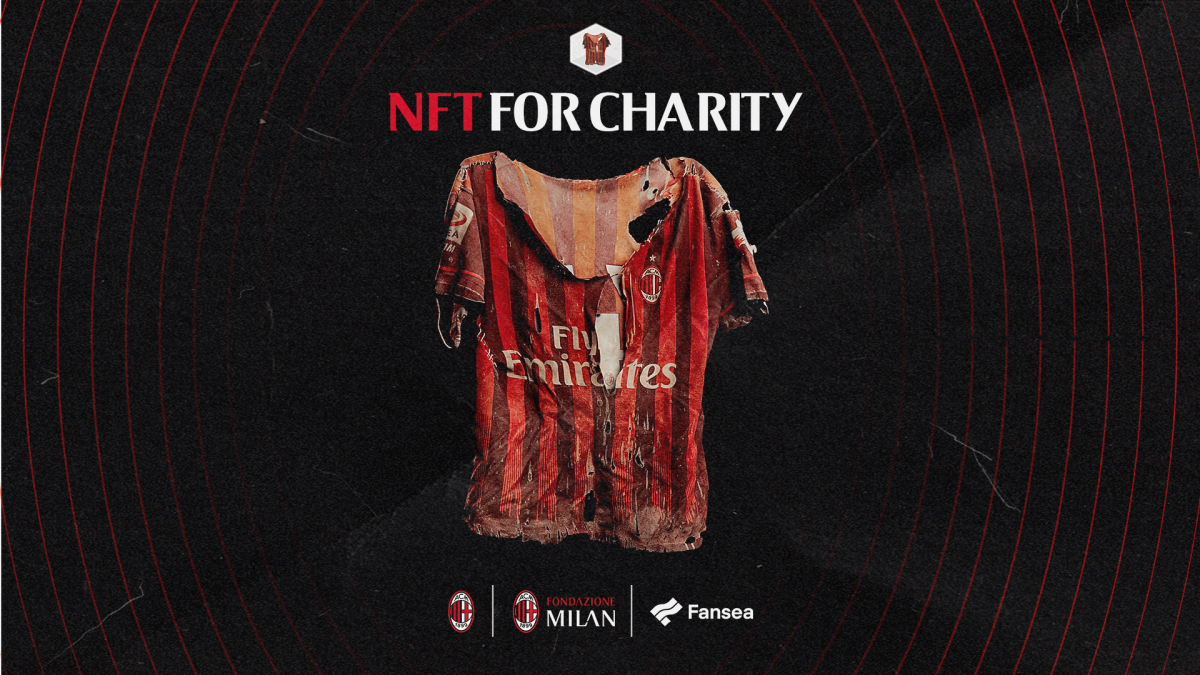 Milan, 8 April 2022 – AC Milan, in collaboration with Fansea, is delighted to kick off its first official NFT project, which sees the Club putting on sale a limited-edition 3D NFT of a special Rossoneri jersey from South Sudan, with proceeds going to Fondazione Milan to support their charitable initiatives across the globe, including its efforts to help alleviate the ongoing humanitarian crisis in Ukraine.

The 3D NFT, created by Fansea using modern and sustainable technology, will cost €45. Fans will be able to purchase one or more of the only 75,817 certified pieces of digital memorabilia – a number that represents the capacity of the San Siro stadium – from 14April on the following website: https://acmilan.fansea.io/. The special 3D NFT will then be accessible on the Fansea app once it launches on 29April.

The limited-edition NFT represents a special AC Milan jersey from South Sudan, whose story was shared with the world last December. The jersey, from the 2016/17 season, was discovered by Danish war photographer Jan Grarup during a trip to South Sudan to document the effects of the severe floods in the country and was then donated to the Club, which ultimately put it on display in the Mondo Milan museum at Casa Milan – the Rossoneri’s HQ in Milan – in a new exhibition dedicated to the educational and social projects implemented by Fondazione Milan. The Club and Fondazione Milan had also made a donation to UNICEF, active in South Sudan to guarantee all children their right to a childhood.

Thanks to AC Milan’s partner BitMEX, which has committed to contribute to the project by making a donation to Fondazione Milan through the purchase of a large number of the special NFT, the first 10,000 fans to pre-order the NFT will also receive an additional benefit, which allow users to get trading discounts and other benefits on BitMEX.com.

This is AC Milan’s first NFT venture, a step that highlights the Club’s innovative nature, combined with the desire to always drive positive change through the power of the AC Milan brand, seeking to build bridges and promote the healthy values of sport that make up the very DNA of the Rossoneri, an ideology that is in line with the Club’s RespAct Manifesto.

AC Milan Chief Revenue Officer Casper Stylsvig commented: “This is a special moment for the Club as it embarks on a journey in a new territory in the name of charity. It is in AC Milan’s nature to explore new innovative ways to engage with its international fanbase of over 500 million people, whilst spreading the positive values of sport, so we are proud to be able to combine these two different sides of our Club into one project.”

Fansea CEO & Founder Alexander Schlicher added: “As part of this special charity project in collaboration with one of the most iconic clubs in the world, we share a passion for sport and want to take our part of responsibility to help disadvantaged people and children. With this first non-profit NFT, AC Milan is breaking new ground and will be supported by BitMEX as well as Fansea in the future.”