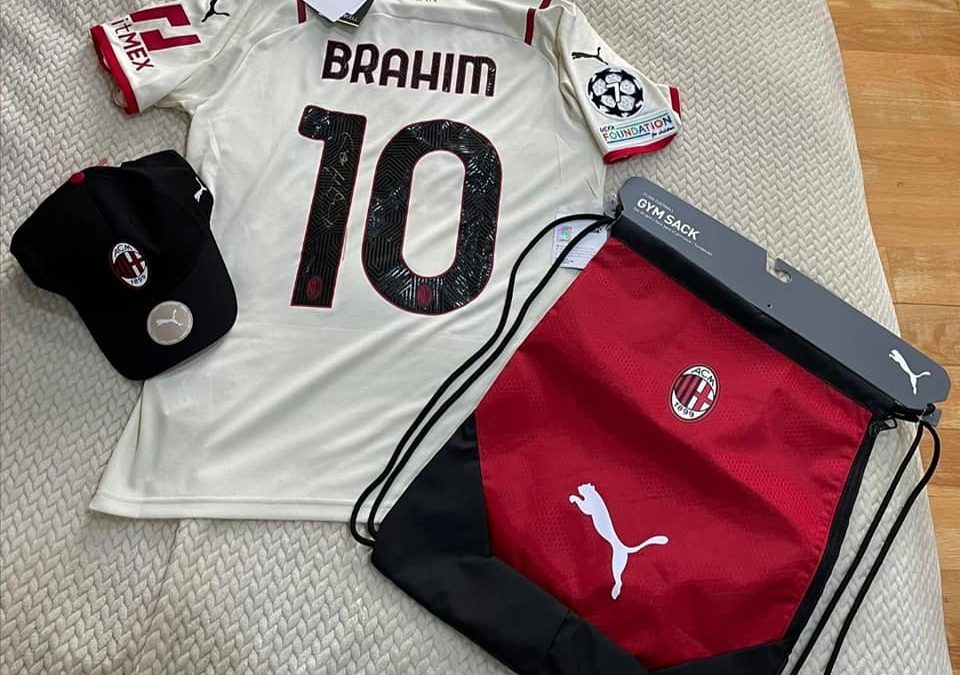 The collaboration between Fondazione Milan and the Milan Clubs around the world continues, an increasingly consolidated link thanks to the various initiatives carried out with the aim of bringing fans closer to the theme of social responsibility.

This was the turn of the Milan Club Spain born in 2018 from the idea of 5 young Milanists who joined forces to create the first official Milan Club of Spain in history.

Together, a raffle was organised and Fondazione Milan committed to collect some exclusive products for them, including Brahim Díaz‘s autographed Away 21/22 shirt, a hat and an AC Milan bag.

The Milan Club Spain reciprocated with a donation of €600 to the Rossoneri non-profit organisation, which will support two young people from the Sport for All programme with two sports scholarships in one of the six garrisons in Italy.