“Women in football: beyond gender stereotypes” Piemonte and Tucceri meet the schools 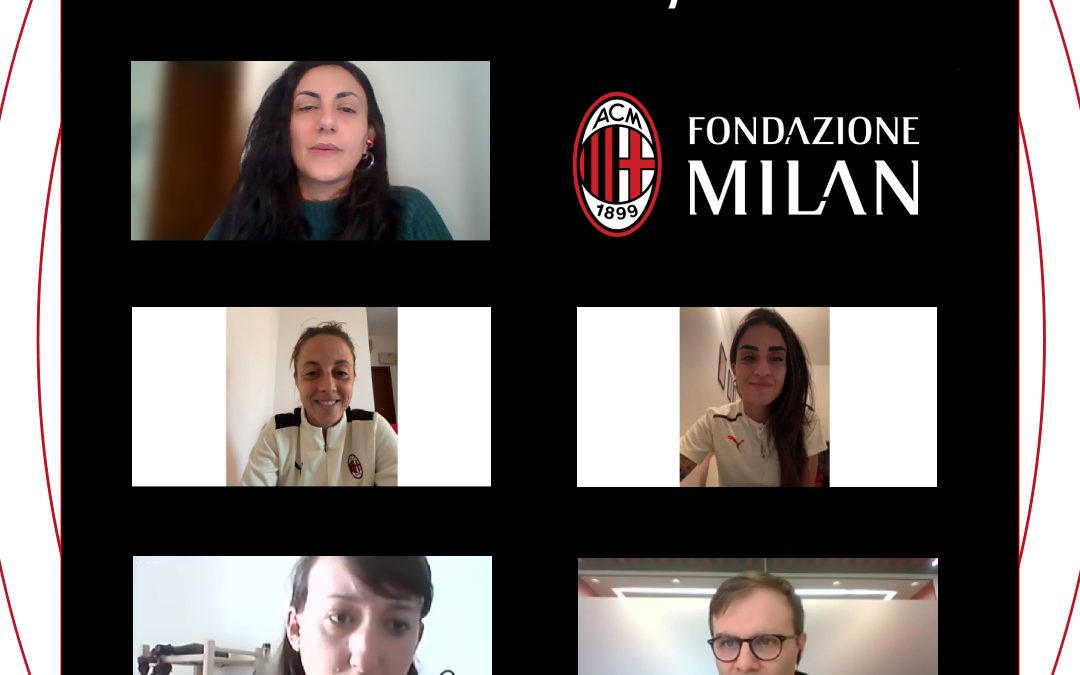 Today, the first of two meetings between Fondazione Milan and a number of secondary school classes was held to discuss the topic: “Women in football: beyond gender stereotypes”. The protagonists of the event were two AC Milan women’s first team players: Martina Piemonte and Linda Tucceri Cimini.

The initiative is part of the activities of the “Costruire Futuro, Insieme!” project launched on Thursday 2 December 2021 by ActionAid and Fondazione Cassa Depositi e Prestiti in partnership with Fondazione Milan, a project articulated through training and active citizenship paths aimed at involving teachers, educators, parents and young people in curricular and extracurricular activities.

Martina and Linda were able to tell the students their story and the sporting path that led them to play in the AC Milan women’s first team, focusing in particular on the difficulties they faced during their experience and highlighting the differences between women’s and men’s football linked to gender stereotypes.

The chat between the ActionAid moderator and the girls ended with some suggestions aimed at encouraging students to get involved in sport beyond the stereotypes and preconceptions that often characterise it.

Martina Piemonte: “Until I was 14 years old, I played with boys who often reminded me that I was a woman and that I couldn’t play with them, now the situation is different, there are still some who think this way, but much less than a long time ago. The difference is the character of a person, the more they told me that football is a sport for boys, the more I charged and scored goals.

Linda Tucceri Cimini: “The World Cup in France definitely helped to raise awareness of women’s football, when I was there, our relatives told us that the World Cup was advertised on TV and that when they broadcast our matches there were a lot of people following them in the bars and clubs by the sea, for us it was something surprising that we didn’t expect”.

The meeting ended with questions and curiosity from the students to the athletes, who focused on various topics such as commitment, dedication, sacrifice, the importance of teamwork and support, study and continuous training.

Finally, Martina and Linda left some suggestions aimed at encouraging students to get involved in sport beyond the stereotypes and preconceptions that often characterise it.