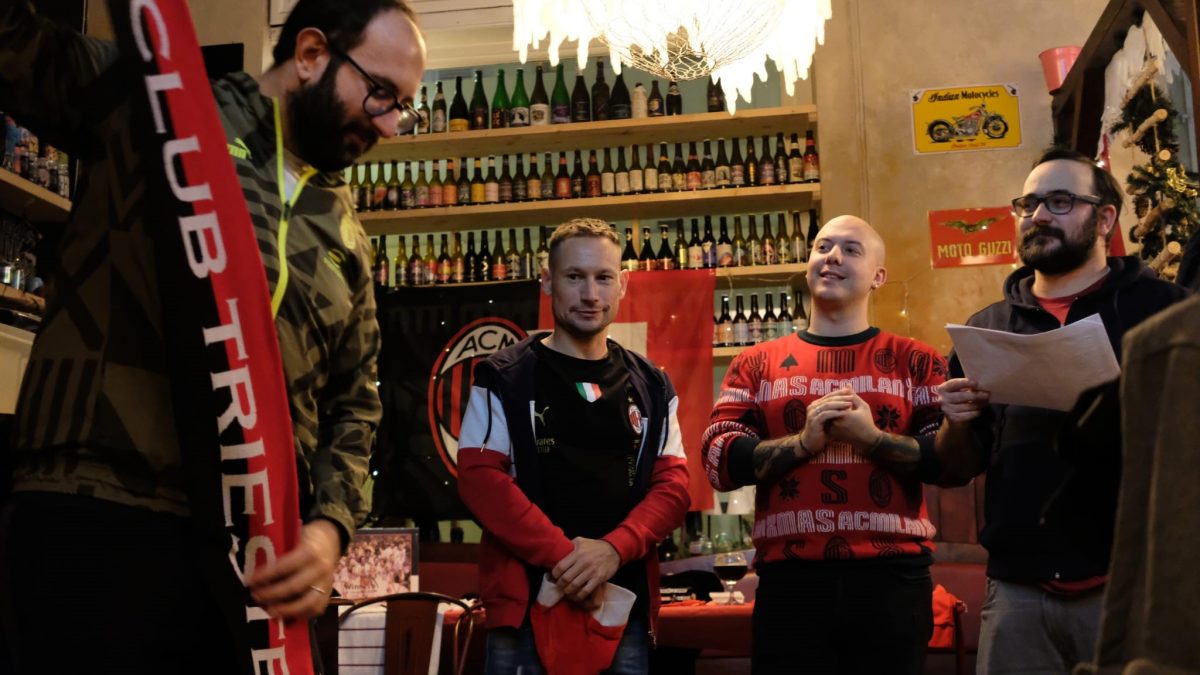 Not just football. This is the spirit behind the Milan Club Trieste which, just a few months after its foundation, is moving to create something that goes beyond the simple passion for the Rossoneri team. After organising trips to the San Siro, but also to Salzburg and Zagreb for the Champions League, the World Cup break was used to undertake some charitable initiatives.

In fact, the Christmas dinner, with the inevitable lottery, was the occasion to start a fund-raising campaign for the Fondazione Milan. Given the success of the initiative, the association’s board decided to go a step further.

During the social dinner on 18 December, the “Nessuno in panchina” (‘nobody on the bench’) project was presented. This is an initiative that the Fondazione Pietro Pittini intends to realise with the support of the Fondazione Milan and which is intended to make sporting practice accessible to young people who unfortunately tend to be excluded from this type of opportunity.

In particular, young people with problems related to the family’s socio-economic status, or with some physical or cognitive disability. To achieve this goal, the project targets the coaches and technicians working in the various ASDs scattered throughout the territory: the mission is to provide them with the necessary tools and skills to make sport as inclusive as possible. The desired result is, at the same time, to raise the awareness of those working in the sector, to involve those youngsters who risk being left out of sporting practice and to create, in the area, professional figures with specific skills.

The Milan Club Trieste has decided to support this initiative to ensure that sport is open to all at the local level as well. To this end, the association has promoted a fund-raising campaign, calling first of all on its members, who have already responded enthusiastically. In addition to what has already been raised through Christmas initiatives, a Fondazione Milan sweatshirt, autographed by Rade Krunic, which was presented to members at the end of the Christmas dinner, will be auctioned off in the coming weeks. The proceeds of the auction will go entirely to the charity initiative.

The invitation, which is obviously addressed not only to Milan fans but to all those who love sport and care about their area, is to help support the project so that no one is left on the bench.