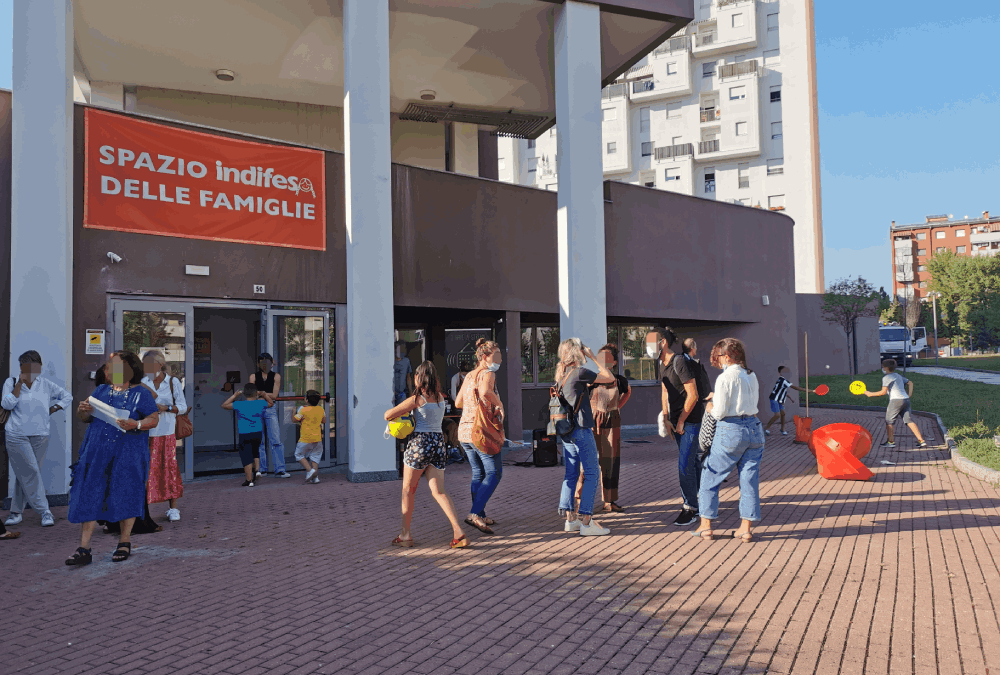 On September 17 Prince William announced that the City of Milan with the project of the Food policy of the neighborhood Hubs against food waste is among the 15 finalists of the first edition of the Earthshot Prize, a prestigious international award on the best solutions to protect the environment.

On that morning we went to visit the space completely renovated at Gallaratese managed by Terre des Hommes. The space was donated to the city by Fondazione Milan, together with the municipal administration of Milan, created to help the most fragile segments of the population, with particular attention to the needs of children and women.

During the day on Friday, some of the protagonists involved in the rebirth and management of the Hub were interviewed. Rocco Giorgianni, General Secretary of the Fondazione Milan, spoke for the Fondazione Milan and, when asked about the collaboration with Terre des Hommes, replied: Terre des Homme asked us to collaborate through a donation that would allow the renovation of the space that, before this beautiful intervention, was abandoned and vandalized. Together with the Municipality of Milan we intervened in its renovation.

The project has seen the collaboration between Fondazione Milan, the municipal administration, institutional partners, such as the Polytechnic of Milan, Assolombarda and Cariplo Foundation, and other technical partners.

The new multi-purpose space will be managed by the Terre des Hommes Foundation. The restructuring has brought to light a welcoming Hub not only dedicated to the collection and redistribution of food but also a center attentive to the needs of women and children through the collection of baby products.