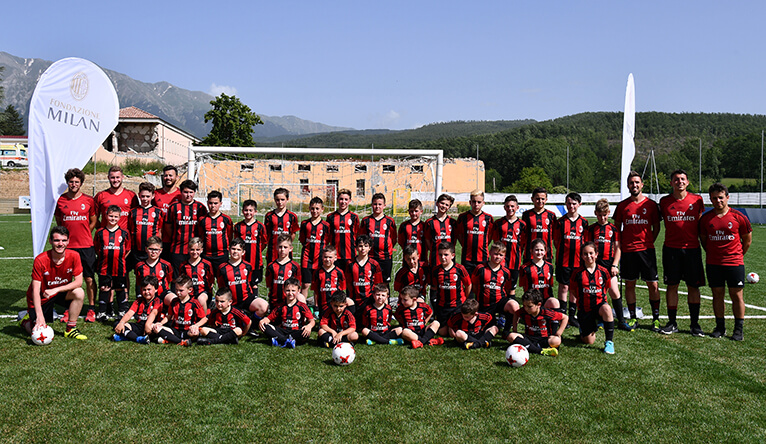 Fondazione Milan scores another goal with its Earthquake Emergency Fund

One of the main objectives of our Earthquake Emergency Fund, right from the beginning, was to return to children the right to play, to grow and to learn by staying together as we are fully aware that to go back to normal we need to go beyond the material reconstruction. For this reason, with the funds raised during this year, we strongly wanted to organize a Special Soccer Camp in Amatrice in the new sporting ground inaugurated on May 4 thanks to Fondazione Milan. Your constant support was fundamental to score this goal which we achieved thanks to donations, kilometers run at the Milano Relay Marathon and bids during Charity Stars’ exclusive auctions.

A support that has allowed us to give the young people of Amatrice and surrounding areas a week of football, fun and friendship, under the watchful eye of the coaches trained by AC Milan, who are all volunteers providing their professional services.

The Camp is only the latest project realized thanks to the Earthquake Emergency Fund, launched in September 2016 following the earthquake that hit Central Italy and through which we have collected over €280 thousand and contributed to the building of two nursery schools in Eggi and Pieve Torina and to the re-building of “Paride Tilesi” stadium in Amatrice.