The entire rossoneri family in support of the ukrainian people 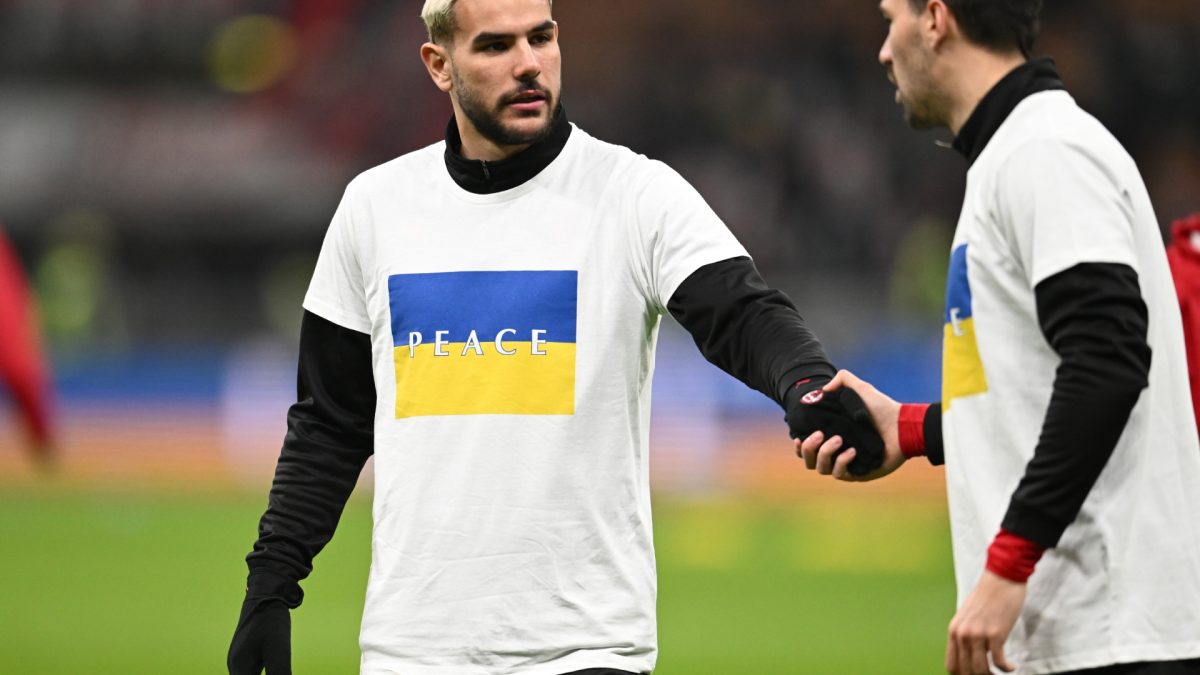 AC Milan has always paid constant attention to social issues and support for the various peoples in crisis throughout the world is a core part of the Club’s DNA. From Afghanistan to Lebanon, right up to the recent global pandemic, a global club such as AC Milan should shoulder the responsibility of a social institution to contribute to driving positive social change via concrete action, an ideology which is in line with the Club’s own RespAct manifesto.

This is precisely the driving principle of the initiatives, which AC Milan has commenced in order to help alleviate the humanitarian crisis in Ukraine. After a strong awareness-raising effort during the derby in the Coppa Italia first leg against Inter, the Club has set up a secure channel to gather funds for the Italian Red Cross, who are working tirelessly alongside the Ukrainian Red Cross and other national chapters of the charity in order to respond to the needs of those affected by the conflict and those who are seeking asylum outside of the country. The fundraising campaign, which is open to all, was begun by Fondazione Milan with a key initial donation to provide emergency kits, medicines and first aid materials to those affected by the war and was born from the understanding between various institutions, the credibility of which will guarantee that any donors can be certain that their contribution will make a real difference.

As such, with the support of Andriy Shevchenko, the Club has designed a new replica jersey: the Special Edition – Manchester 2003 for Ukraine with Shevchenko 7 on the back, inspired by the one worn by the 2004 Ballon d’Or winner in the 2002/03 Champions League final in Manchester. The jersey will be emblazoned with the colours of the Ukrainian flag on the shoulders and breast, where the phrase “AC Milan for Peace“will also be printed. The jersey will be available for pre-order on the official online store from Friday 11 March for the price of €50, to which one can add a further donation of €15, €30 or €50. Through Fondazione Milan, all proceeds from the sale of this special jersey will be donated to the Italian Red Cross for their project in Ukraine.

For the same reason, the proceeds of the coming charity auctions, carried out with the support of Charity Stars,will be similarly donated. Items up for auction are the player-worn PUMA warm-up shirts issued to the men’s first team ahead of the derby in the Coppa Italia with the Ukrainian flag, slogan “Peace” and the autograph of the player who wore it. This will then be supplemented by the auction of the match jerseys with the phrase “AC Milan for Peace”, which the women’s first team will wear this Saturday 12 March in their Coppa Italia semi-final first leg against Juventus.

On the occasion of the game, the Vismara sports centre will play a key supporting role in the Club’s initiatives for the Ukrainian people, just as for the men’s Serie A fixture against Empoli when San Siro plays host to a series of calls to action, which will involve spectators both at and outside the grounds, calling upon them to donate via the secure Red Cross channel.

AC Milan Academy will, furthermore, support Fondazione Milan with the Ukraine emergency Special Camp for children arriving from conflict-struck territories, who will this summer be hosted at various Italian locations of the Milan Junior Camp in order to experience a special week of football and fun. The fundraising initiatives will support Foundazione’s efforts to welcome as many children as possible.

Finally, the entire Rossoneri family is mobilising in support of the Ukrainian people. The alliance of bodies involved will also see a major contribution from the Club’s partners, including Banco BPM, La Molisana, Lete and Segafredo, and all the employees and members of the Club, who will be able to collect basic necessities on dedicated days at Casa Milan, Milanello and Vismara.