Fondazione Milan and Fondazione Èbbene, together to promote sport and inclusion 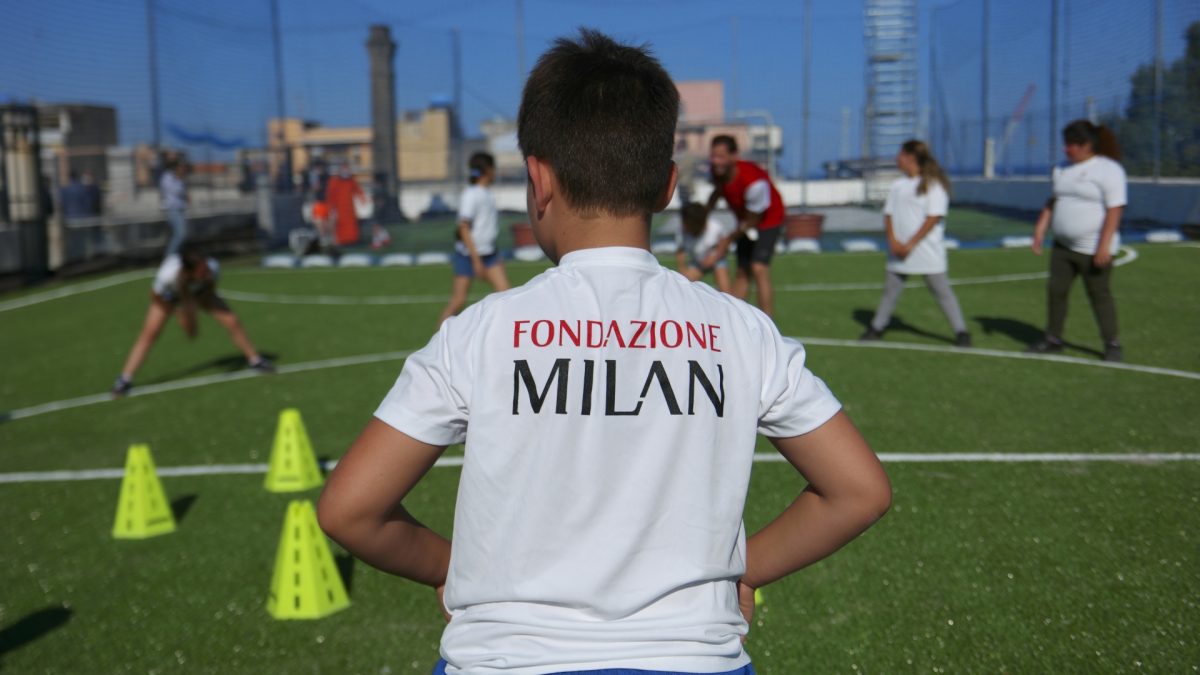 How can we fight against the social exclusion of children? How can we work together with them even in the most difficult suburbs? Sport is the winning tool for us today.

A great challenge, a compelling result, that of bringing to the suburbs a project that focuses on the abilities and not on the disabilities of each person, transforming small football pitches into Proximity laboratories. These are the axes on which Sport for All revolves, the Fondazione Milan programme that crosses Italy to give all children and young people living with disabilities or in fragile contexts the opportunity to feel like “champions” and that in Sicily meets the experience of Proximity of Fondazoine Èbbene.

“Sport is a tool for inclusion, and this is the starting point for the rediscovery of the educational value of many initiatives such as those implemented in Catania’s San Cristoforo district. Rocco Giorgianni, Secretary General of the Fondazione Milan, explains. The programme allows us to discover the excellence of the area and the aim is to develop partnerships with Third Sector organisations, such as the Fondazione Èbbene”.

Two foundations, many children and a neighbourhood, the San Cristoforo neighbourhood in Catania, which becomes a stage for the link between sport, territory and inclusion. A link that wins against the illegality of the neighbourhoods, that takes the children off the streets and builds for them a new space in which to grow up with the same opportunities as city children.

The opening ceremony for the project, postponed due to the pandemic, took place in the Spazio 47 Education Centre, the Èbbene Neighbourhood Centre on Wednesday 16 June in the presence of the Secretary General of the Fondazione Milan Rocco Giorgianni, the Mayor of Catania Salvo Pogliese, Councillor for Social Services and Family Policies Giuseppe Lombardo and the President of the Fondazione Èbbene Edoardo Barbarossa.

“Sport is a right that should be guaranteed to everyone – explains the President of the Fondazione Èbbene, Edoardo Barbarossa – and it is precisely in the suburbs that we need to build accessible spaces to combat the social exclusion that often characterises the face of the neighbourhoods. For this reason, we have welcomed with great enthusiasm the choice of Milan Foundation to build, for the second consecutive year, with Èbbene a programme that allows us to strengthen the relationship with children and families”.

With Sport for All, people with difficulties have the opportunity to grow together, learning to respect the rules and others, that from diversity one can and must build an authentic and reciprocal relationship that becomes wealth. On the field, as in life, sport teaches us that each person is a talent and that if it is made available to the territory, in a shared project, it can generate educating communities.

Kevin, Michele, Giulia, Giuseppe, are the champions on the Sport for All field, the witnesses of the change that Èbbene promotes.

The heart of the project is in the words of Giuseppe, a 14-year-old boy: “Everyone should love football, football saves you from the street and allows you to make the best World Cup of your life!”