Fondazione Milan and Manchester United Foundation together for the young ‘devils 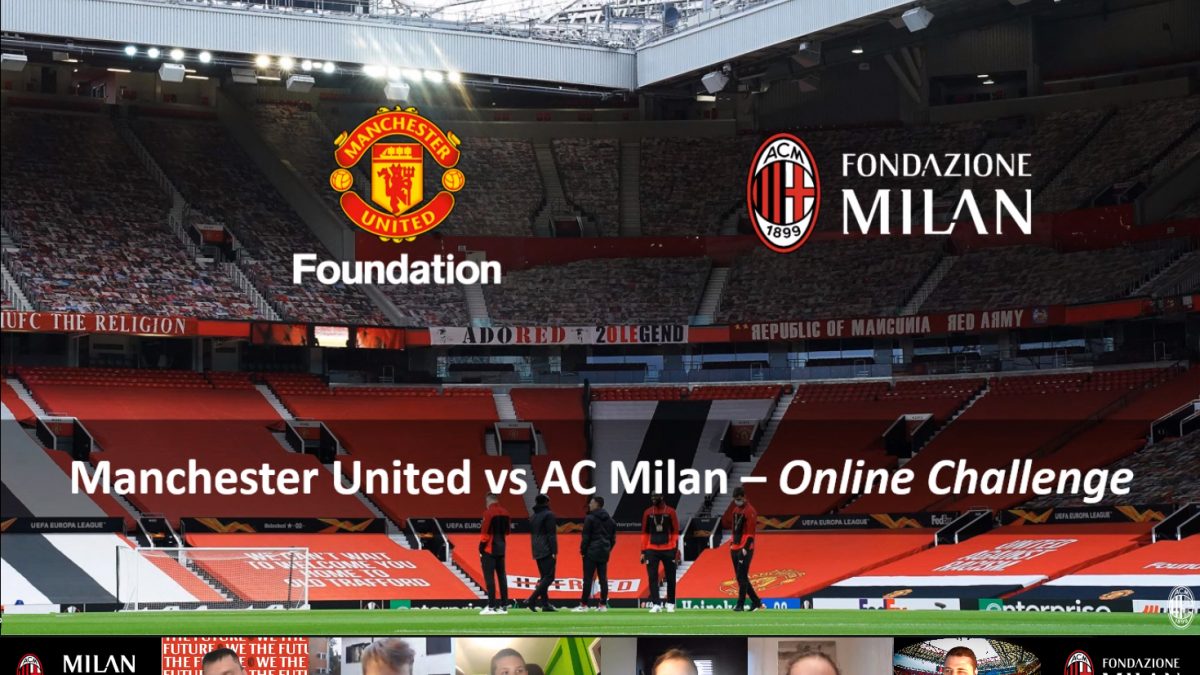 This initiative was carried out between the two ‘charities’ linked to the two glorious clubs (and a special thanks also to Milan Academy), just before the match in the round of 16 between Manchester United and AC Milan, and was a wonderful opportunity to meet (on a web call) and play, between the boys who wear the colours of the teams of Manchester and Milan.

The boys began by introducing themselves in the language of their opponents, “My name is … and I love football!”, and then continued with a number of general knowledge questions about the two glorious clubs and their cities and countries.

Then they continued with lots of technical exercises with the ball, including ‘Cruyff turns’, dribbling, feints and rebounds, to keep fit and try to be the fastest!

The 6 girls and 4 boys who took part in this event had fun together and had the opportunity to alleviate some of the difficulties caused by the lockdowns imposed by the institutions during this difficult time due to the Covid-19: technology brought together boys and girls who were different from each other but united by their love of football.

And in the future? Who knows, maybe there will be an opportunity to meet other European football foundations. Until next time!