Nicholas feels at home | Sport for All

Everyone has the right to sport!

Today we are talking about Nicholas.

Watching him on the field, with his beautiful open and smiling face, it is hard to think of him as a closed and isolated child, with oppositional provocative reactions (to be made more accessible as a language…). Yet, this is what his mother tells us.
Nicholas comes from a decidedly unhappy sports experience: in the first soccer group he was a part of, his older teammates often made fun of him and the coaches minimized.

So Nicholas became increasingly withdrawn into himself, paralyzed like a hedgehog. “I was told that these dynamics would form his character, but I guarantee you that with those methods the character of a child who already has difficulties is not formed and is not helped.” Hence, the abandonment of sports. At least initially.
Then, one fine day, the encounter with the right educators during summer camps and the spark that reignited: some of them teach soccer in the afternoons at the end of school activities, in the Polisportiva Terre Matildiche.

The coaches who want to support Nicholas’s desire and who know the reality of All Inclusive Sport, which Fondazione Milan supports through its “Sport for All” project, propose to Nicholas’s mother to do a path together: a project of reintegration into the discipline, with the support of Sports Medicine and a tutor working alongside the coach.
“I left in the old team a child who was always stuck in the corner, always in crisis, who refused to enter the field except to stand in the goal,” the mom tells us, “and here I find myself with an enthusiastic striker, who waits for practice all week and is ready with his soccer bag in hand. The joy with which Nichy comes to practice is a huge victory in itself: because here he feels he is welcomed, both by the coaches and his teammates. Here, he feels at home.”

And outside of sports? “This experience is giving him more awareness of himself and his own abilities: I see his self-esteem going up, as well as his tolerance to stress and frustrations. And then now he runs, he runs as is right and normal for a child of his age, while before, for fear of being teased, he always limited himself to walking.”
Thanks to realities such as “All inclusive Sport”, supported by Fondazoine Milan, you can help Nicholas and many young people like him at risk of exclusion.
Because everyone has the right to play sports and realize their dreams. 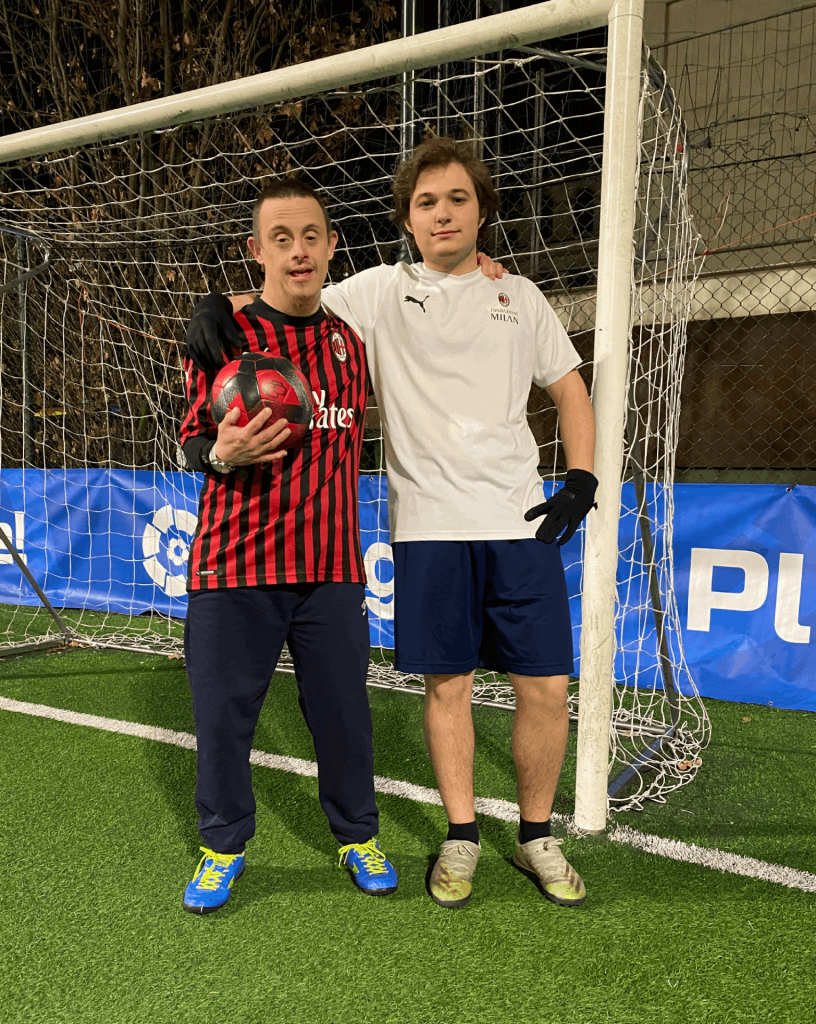 Giacomo a Playmore volunteer! | Sport for All 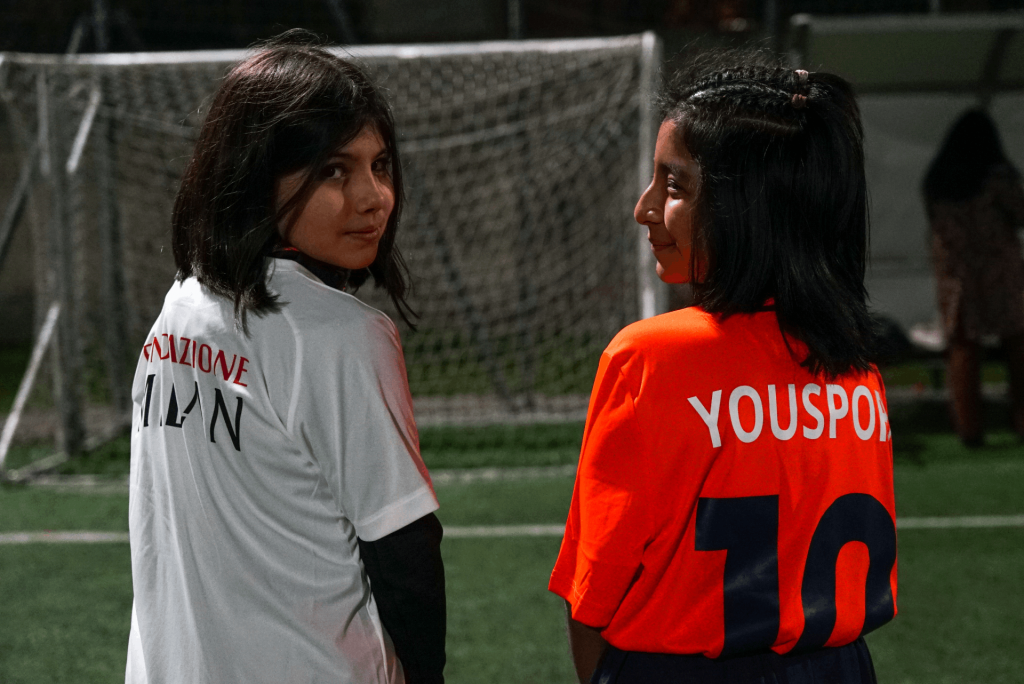 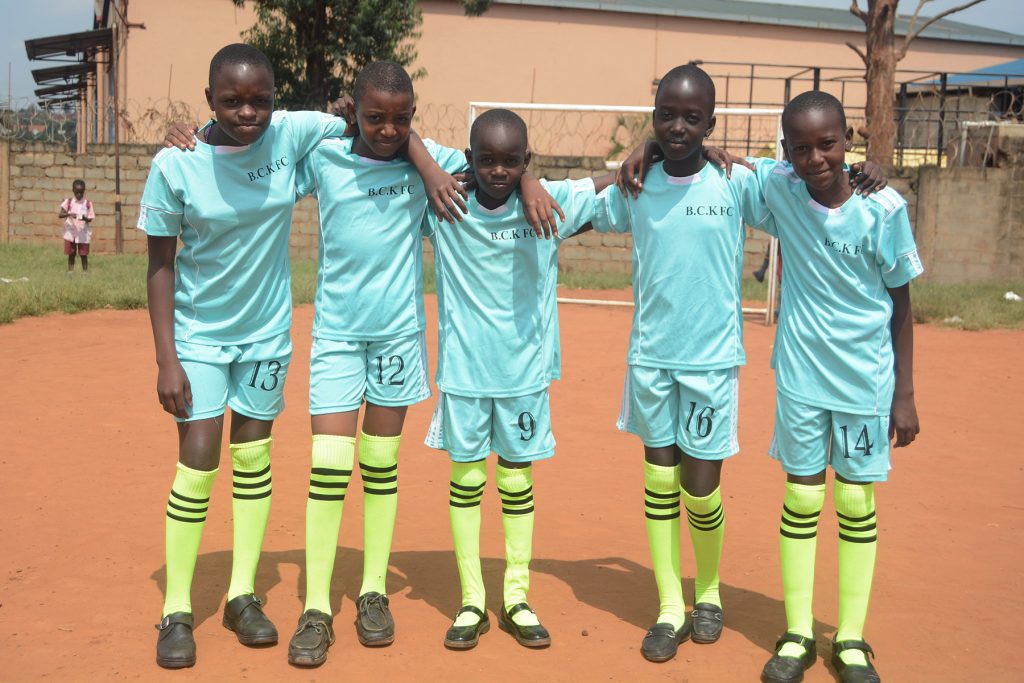